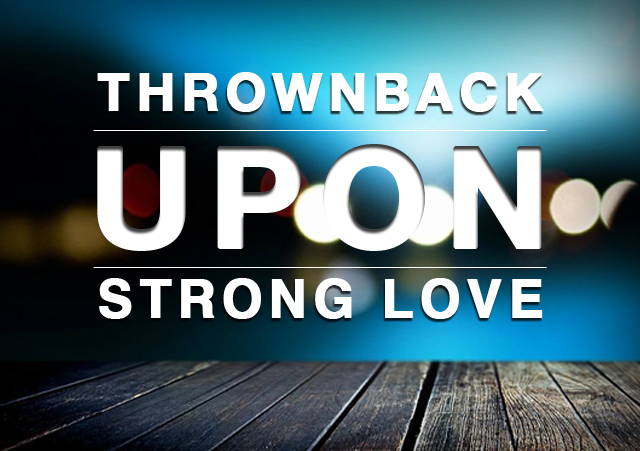 “The eternal God is your refuge and dwelling place, and underneath are the everlasting arms; He drove the enemy before you and thrust them out, saying, Destroy!” ~ Gen. 33:27 AMP

It’s Thursday and most of the social medias are abuzz with the hashtag #TBT. In case you have not been schooled in one of the now popular trends in social media i’m about to school you.

The hashtag #TBT is an acronym for Throw Back Thursday. The customary thing to do on Thursday is to post a picture of yourself or a memory of your family or friends from way back in the day and hashtag that post with #TBT. Easy enough right? Well for some this could be a task that take quite some time. I know it was for me today. Looking back through my photos i just could not find a photo to post so i decided to do something not customary and make a blog post about Throw back Thursday.

The Voice of My Counselor

Wow!  So yeah… going through all of my pictures today sparked  the memories of the past years and yes i began to feel like i was sinking…  Until…  The Lord reminded me of His goodness.   Thinking back on the years mentioned above i can only see the shadow of the Almighty who’s hand has been on my life faithful and preserving me in the midst of trouble.  I am reminded of the grand purpose for which God has redeemed my life  &  i realize that i am indebted to His great love that has preserved me in the middle of all of this.   His faithful Love kept me from being one of those who have passed on and brought me all the way through to this moment.

I can remember times of great distress and fear but in the midst of it all God has been a shelter and a refuge to me.  I can relate to the psalmist who testified:

“You are a hiding place for me; You, Lord, preserve me from trouble, You surround me with songs andshouts of deliverance. Selah [pause, and calmly think of that]” ~ Ps 32:7 AMP

“Though I walk in the midst of trouble, You will revive me; You will stretch forth Your hand against the wrath of my enemies, and Your right hand will save me.  The Lord will perfect that which concerns me; Your mercy and loving-kindness, O Lord, endure forever—forsake not the works of Your own hands.” ~ Ps 138: 7-8 AMP

I wrote this of my journey the other day and I don’t believe i could say it better.

Looking To The Future With Hope

I don’t know what the next years of my life hold but i know that God IS GOOD, He is my Shepherd and He is working out His amazing purpose in my life. When i see and remember the pain of the last several years all i can see is that in the midst of the pain God HAS preserved me. I don’t see the pain as coming from His hand but realize that in a fallen world we will have troubles and pain (Jn. 16:33)  BUT I have found that my constant companion is this Wonderful Counselor who leads me through the pain and counsels my heart even while my mind tries to figure it all out.

“Oh, the depth of the riches and wisdom and knowledge of God! How unfathomable (inscrutable, unsearchable) are His judgments (His decisions)! And how untraceable (mysterious, undiscoverable) are His ways (His methods, His paths)! For who has known the mind of the Lord and who has understood His thoughts, or who has [ever] been His counselor? Or who has first given God anything that he might be paid back or that he could claim a recompense? For from Him and through Him and to Him are all things. [For all things originate with Him and come from Him; all things live through Him, and all things center in and tend to consummate and to end in Him.] To Him be glory forever! Amen (so be it).” ~ Rom 11:33 – 36 AMP 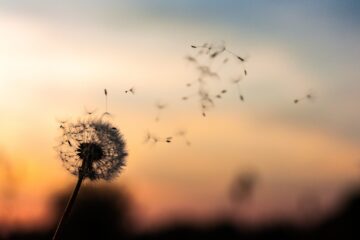 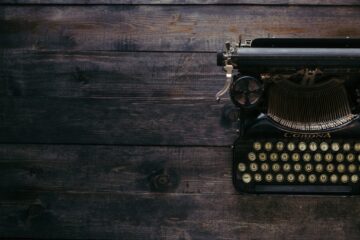